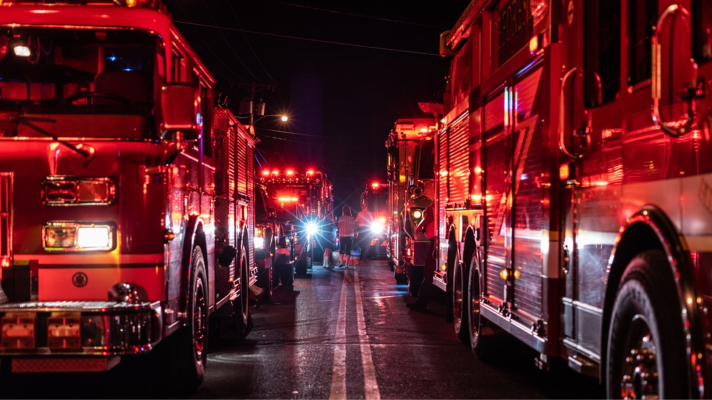 For all our technological advancement, accidents can and still do happen around the world. Whether these disasters are natural (hurricane, fire, tornado, etc.) or inflicted by man (arson, burglary, robbery, etc.) you want to be able to utilize well-trained first responders in the most efficient way possible. This is where having a top-notch first responder communications network comes into place.

First responder communications are the utmost priority for any area or municipality concerned with safety. When minutes matter, they can be on their way in seconds to the scene of calamity.

Let’s go over why investing in a private radio network for your first responder communications needs is a great decision. Not because cellular technology doesn’t work, but because it is prone to failures that radio networks can fix or mitigate. In reality, you will probably be using both in tandem so that you are never left unguarded and caught by surprise, but it never hurts to be more educated than you were the day before.

The Disadvantages Of Cell Phones

While we may think of cell phones as amazing technology, they can certainly fail you during emergency situations. If you’ve ever experienced a dropped call while talking to a friend, you’ve gotten a small taste of what lost cell phone communications can look like. And while you probably didn’t have access to commercial cell boosters, you probably wish that you did. Anything is better than talking for endless minutes before realizing that there’s nobody on the line, especially in emergency situations.

While there are first responder cellular boosters available, they still may not be the perfect option for your area and teams. Cell service can be affected by many things, from geography and power surges to weather patterns. It is miraculous when it works, but let us not forget that dropped calls and missed connections are a real thing. In fact, more than 72% of people that make phone calls indoors experience dropped calls and slow download speeds. That’s fine when it’s personal calls, but for first responders that is unacceptable. The connection rate needs to be as close to 100% as technologically and humanly possible, which means that you must explore other first responder communications that can work for you.

Luckily, technology has advanced in more ways than one and now there is a plethora of first responder communications available. They include satellite/encrypted networks and local radio networks among the backups that protect against the downfalls of cellular signals. One, called the Emergency Responder Radio Coverage System, is effective in creating its own radio network that only first responders can use while not interfering with civilian communication channels.

Why Private Radio Communications May Be Better

Private radio communications, sometimes known as the Emergency Responder Radio Coverage System (among other names) are already utilized by police departments and some fire departments in many areas of the country. While radio communications might seem to suffer the same fate as cell phones, they have distinct advantages that cannot be overlooked when cell coverage is lacking.

First, private radio networks usually operate on their own private band of radio waves, separate from civilian communication channels. They have a centralized antenna back at the headquarters of first responders or set up in the field in which they can all communicate with each other in relative ease. Many of these radio frequencies, even if they only go short distances, are able to penetrate into hard-to-reach places like basements, interior walls, and other places where a cell phone signal might otherwise be dropped.

Second, many of these private radio networks are licensed by the government to be up to certain standards and have other regulations in place. For example, government buildings or other high occupancy buildings can have supplemental antennas installed. This way, a private radio network works flawlessly even in a disaster situation in which cell phone signal might be relatively useless. There are also organizations, such as the National Fire Protection Agency and International Building Code (among others) that set standards about where antennas should be placed to guarantee maximum reliability and minimal downtime.

Third, many private radio network communications come with their own “boosters” that can act in a similar way to cellular boosters in helping to make communication channels clearer. If the signals are being distorted by geography, materials (such as concrete walls or debris), or weather conditions, the option to boost the signal can be a godsend for first responders. After all, if they are not able to communicate with each other then they are not going to be able to work together as a team.

Last, but not least, many of these radio systems come with battery backups that are required to function for at least 24 hours. That gives first responders lots of time to locate individuals, clear debris, and complete other essential tasks while working with little to no main power. This can be something that is vitally important in a disaster zone or other area where the power has been cut off. Communication is everything in such a disaster zone, and it truly would be a privilege to have backup power.

The Importance of Good Communication Channels

When it comes to first responder communications, there is no such thing as second best. Either you have invested the time, energy, and grit into setting up a robust network that will work under pressure or you will potentially face serious consequences. Unlike other moments of failure, not having adequate first responder wireless solutions will literally determine life and death in many instances. As such, these forms of communication can be a reflection on the competency of city management and governance. It is vitally imperative that you continue to investigate and monitor the competency of your first responders and the communications systems they use to make sure that they’re working at maximum efficiency.

It is, therefore, a prudent measure to determine the best course of action for your area’s first responder wireless services. You should explore all types of first responder communications to see what fits within your budget and will provide the best outcomes for your area or municipality. Unfortunately, there is not a “catch-all” system that works everywhere that you can simply drop down and forget about it. Every situation is different and demands skilled attention to the unique needs at hand. Unlike other services that can be reduced or mitigated without much consequence, this is not one of them. To accept less than the best is to put people’s lives needlessly on the line when communication is needed most and foremost.

If for no other reason than self-preservation should you get into an emergency situation, having top-notch first responder communications should be the priority of any emergency network in an area. Firemen, policemen, EMTs and more will surely thank you for the privilege of being able to do their jobs uninterrupted by poor quality technology and simply left with the ability to save lives as intended. First responders don’t engage in their duties to slack off or be commended on parade days, they do it because they care and want to make a difference in the community. Show them that you care and are as invested in positive outcomes as they are by investing in a quality first responder communication network.