How Your Business Can Help First Responders Communicate 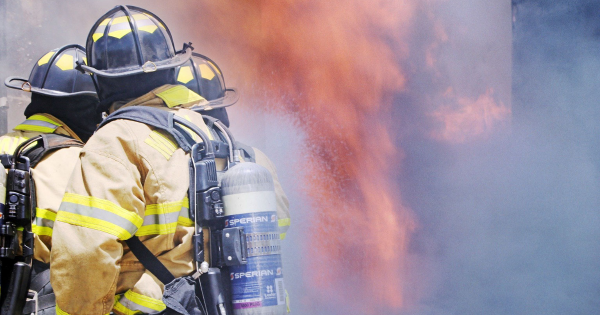 Of all the people who have used their phones indoors, more than 72% have experienced slow download speeds and dropped calls while inside. This well-known phenomenon occurs because cell phones and cell towers have difficulty communicating with one another through certain materials, such as rock and dense industrial walls. Many businesses will use commercial cell boosters just to help employees and customers enjoy better wireless connectivity in their facilities. Some people will even use cellular boosters inside their houses to improve their cell reception while at home.

Of course, getting a missed call because your phone’s connection is poor at home or work isn’t usually something to get too worked up about. Often this kind of malfunction creates a minor inconvenience, but no more. However, if you were trying to contact emergency services when your call dropped because of poor reception, it would be a very different story.

This is why first responder communications, and cell boosters in general, can be literally life-saving. If you or someone you love can’t get a cell phone signal when you need to call for help, the result could be catastrophic for you and your loved ones. Even worse is when emergency personnel and first responders have to enter a building or other dense area, only to have their communications limited or cut off altogether. While you might have another option for calling emergency services, such as a landline phone or a cell phone with better reception, first responders are stuck with what they have. First responders also don’t have the luxury of being able to move around until they get a signal — when someone’s life is on the line, they have no choice about where they go. Their own lives often depend on their wireless connectivity going with them, whether it’s into a burning building or a hostage situation.

In this article, we’ll discuss why first responder communications might be compromised and how commercial wireless solutions can mean the difference between a serious tragedy and lives being saved.

Why First Responders May Struggle to Communicate Indoors

As a building owner or manager, you need to be certain that your facility has excellent reception for both cellular networks and the public safety network, as well as any local, third-party networks your city’s first responders might be using. This isn’t as simple as using the right kind of building materials during construction. While modern construction is usually built to function optimally with technology, when it comes to cell reception, modern buildings are actually more resistant to wireless signals than old ones. This is because recent construction is made to be energy-efficient and eco-friendly. Because their materials are very heat efficient, they tend to either reflect RF signals away from the building or to trap them inside. Different types of metal and tinted, energy-efficient glass are often the biggest culprits of disrupting wireless signals. Either way, communication with the outside world becomes difficult, or even impossible. This is bad news for first responder communications.

Energy-efficient construction isn’t the only thing that can cause poor wireless reception, of course. While it’s largely out of your control, severe weather phenomena can cause disruptions in wireless services. Things like intense humidity, heavy cloud cover, strong winds, rain, and lightning can make it harder for cell phones to receive and transmit electromagnetic waves.

If you have a facility that’s hidden by mountains or tall buildings, or if you’re a long way away from the nearest cell tower, you may struggle to get cellular reception in that area. Even trees can block wireless signals if there’s enough of them. Fortunately, it’s very rare to have a building that far away from any cellular providers — you would almost have to be working in the middle of a desert to be out of range for the largest cell services. But it’s less unusual to have your facility hidden behind other dense buildings or even by big hills.

Whether you have a modern building that’s resistant to wireless signals or you have environmental hindrances to clear wireless connections, solutions exist to ensure first responder communications are functional when they’re needed.

As you can probably imagine, there isn’t really anything you can do to force wireless signals to enter a building. If you’re dealing with new construction or a dense local environment, you’re simply going to be limited in the amount and quality of wireless reception first responders can get there.

Because of this, systems exist that can extend wireless signals for cell phones and public safety networks. Called a distributed antenna system, or DAS, the system uses multiple antenna nodes placed around a building. These nodes communicate with one another to extend the range of wireless devices. Depending on the type of commercial DAS you’re using, a DAS can provide more coverage for WiFi networks, cell phone networks, and first responder communications signals.

DAS systems are especially important for thick-walled rooms that are common dead zones for radio frequencies. These include basements, which are difficult to get any reception in because they’re underground. Stairwells, elevators, and equipment rooms also tend to have poor connectivity. This is all the more worrying since first responders often find themselves squeezing through tight spaces like stairwells and basements as they attempt to rescue people.

By spacing DAS antenna nodes not too far from each other throughout a building, you will ensure that anyone using a wireless public safety radio in the vicinity can reach their dispatcher or teammates without any trouble.

Having a first responder DAS isn’t just a good idea in case of emergency. In most places it’s also required by law, especially as more and more buildings are constructed with dense, energy-efficient materials. The National Fire Protection Agency (NFPA) and the International Code Council (ICC) both have specific regulations that property owners usually have to follow in order to operate legally. The NFPA demands that buildings have at least 90% coverage for general areas and 99% coverage for critical areas. Meanwhile, the ICC requires at least 95% coverage for all areas within a commercial building. This basically means that there must be enough DAS nodes spaced evenly apart to provide a minimum of 95% of all the space in the building with wireless connectivity.

Of course, having the best DAS in the world won’t help anyone if the equipment that powers the network is destroyed in a fire. For that reason, the NFPA also requires all equipment involved in the DAS system to be contained in specialized enclosures that are resistant to fire, flooding, and other harmful elements. The specific enclosures dictated for use by the NFPA are NEMA 3 and 4 enclosures. Additionally, the NFPA and ICC both require alarm systems to be used that will alert you if the DAS goes down or experiences a malfunction.

It’s important to bear in mind that there’s no federal standard for DAS systems. Because of this, there will be different regulations and requirements depending on the state, county, and city you live in. Although the NFPA and ICC make recommendations for policy makers, it’s up to local governing bodies to enforce the regulations.

When you use DAS systems throughout your facilities, not only will you make them safer and more reliable for first responders, but you’ll also make them more convenient spaces for your employees and customers. No one likes to have their call dropped or data speeds limited because of poor reception. And if any of your employees make business calls from their cell phones, having a building that doesn’t extend the range of cellular networks can actually debilitate your business.

And with that, you now understand the risks first responders face when they enter an area with poor wireless reception. Fortunately, you also know what your business can do about it.